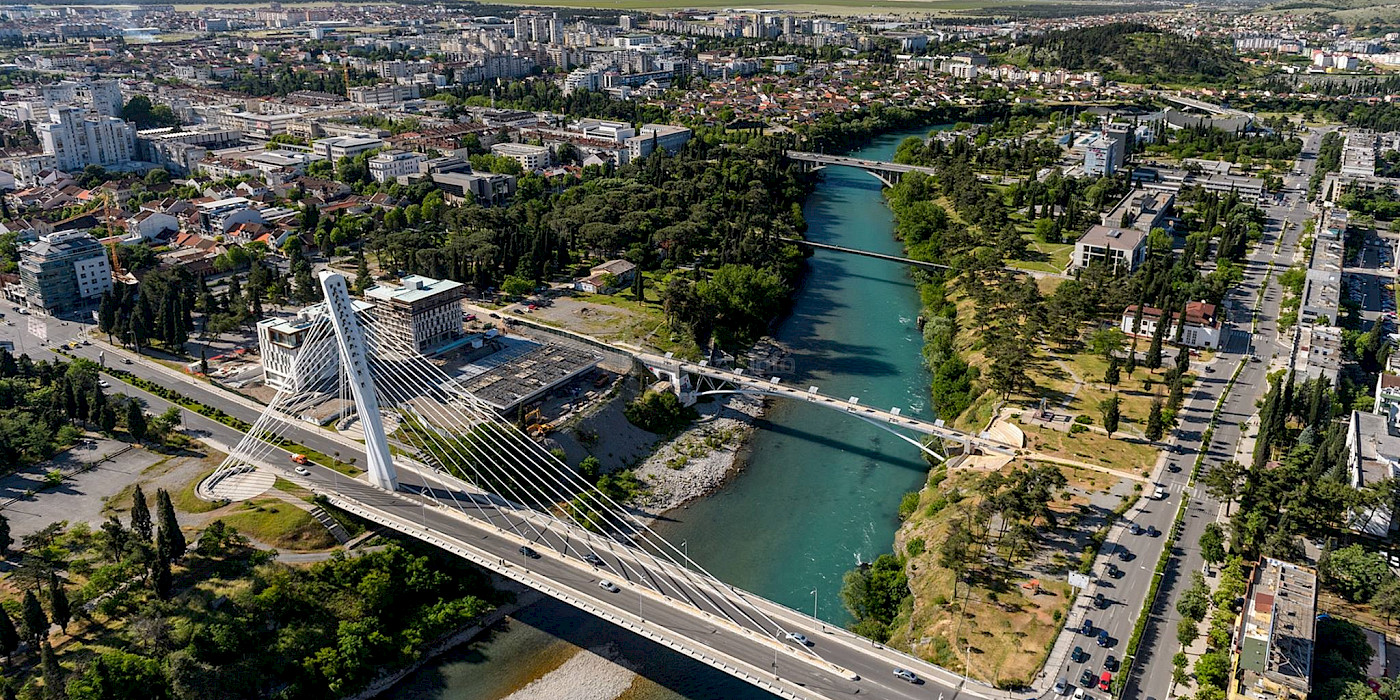 Podgorica, a commercial and cultural center, is the largest city in Montenegro. Most of the city was destroyed during World War II, so Podgorica is relatively new, with modern buildings at every turn and green spaces. Podgorica is the host of numerous cultural events, and there are also many theaters, cultural and artistic centers etc. The clock tower, Adži-pasha Osmanagić, the ruins of Nemanja's town, the remains of the town of Duklja, Stara Varoš are just some of the cultural and historical monuments worth visiting. However, the most interesting part of the Podgorica municipality in terms of tourism is Skadar Lake National Park, the largest lake in the Balkans, with an incredible number of birds and plants, some of which are very rare.

Before heading to Montenegrin wonder cities or the north, stop in the center of Montenegro. This tour will take you through the most important locations of the city, including shopping, food tasting and sightseeing. Although Podgorica was destroyed during the wars, we are sure you will be amazed by the sites we will show you: Old Town with Clock Tower, Dogan Mosque, Stairs, Republic Square, Church of St. George, Millennium, Russian Bridge, Temple, Roman Square, King's Castle from the 19th century. Lunch break in the amazing restaurant of the complex on the Knjaz Estate, near Podgorica. After that, a tour of Delta City, City Mall and Mall of Montenegro.